The Calgary Municipal Building, which was completed in 1984, houses City of Calgary personnel. It consists of 14-storeys, with a 12-storey atrium, which is adjacent to a 4-storey existing structure on the north side (known as the Administration Building), and a historical sandstone structure (known as Historic City Hall). These three interconnected buildings are known as the Calgary Municipal Complex(CMBC). Since the original construction, there has been a major renovation to the Administration Building with a complete interior removal and reinstallation of all electrical lighting, distribution, fire alarm and security systems. The next major renovation was a complete interior removal and reconstruction of the Historic City Hall, with the installation of new electrical lighting, distribution, fire alarm, and security systems.In 2003, a new fire alarm system replacement occurred. New fire alarm sequences for signals/visual signals, automated voice messaging,and smoke management were incorporated into the system. Also inclusive in this replacement project was a new remote command centre which was designed in the building operations centre. In 2004 the existing security system was upgraded and expanded to provide an enhanced security access control system. In 2005 the existing lighting within the building was upgraded to more energy efficient lighting. In 2013, m+b provided a new emergency generator, elevator modernization, replacement of obsolete electrical distribution, and other major repairs in response to the flood. In 2016 the Historic City Hall exterior renovation commenced and m+b is providing new exterior lighting, lighting controls, and security cameras. 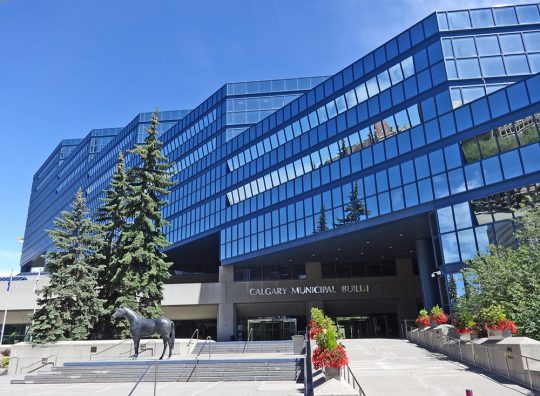