Kahanoff Centre Phase II is a new building addition to the existing Kahanoff centre. It is a 12-storey commercial building which has been completed in 2016. m+b as the base building electrical engineer was engaged to be a part of the tenant build out project. There are a total of seven tenants in the project which includes United Way, Nature Conservancy, Horizon Housing, Alberta Law Foundations, HRIA, CCVO, and Calgary Foundation. Electrical design included lighting system, power distribution, security system, communications system, Audio Visual rough-ins and power requirements, and fire alarm system. The lighting design for Calgary Foundation’s space was completed to accommodate the minimalistic design that the interior designer and Calgary Foundation had envisioned. The feature stairs interconnecting 11th and 12th Floor and the boardroom with wood panels look spectacular with the light fixtures installed. There is also a 30 feet wide fire shutter installed on the 12th Floor as part of the stair design. 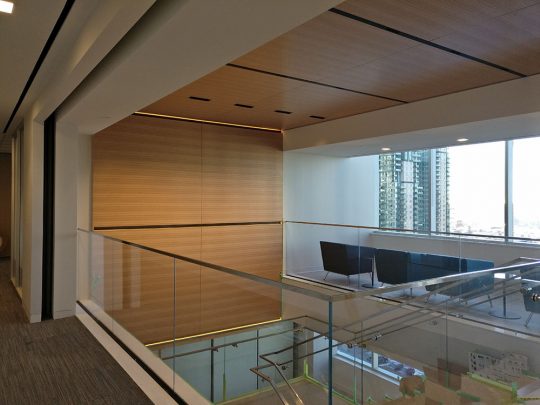 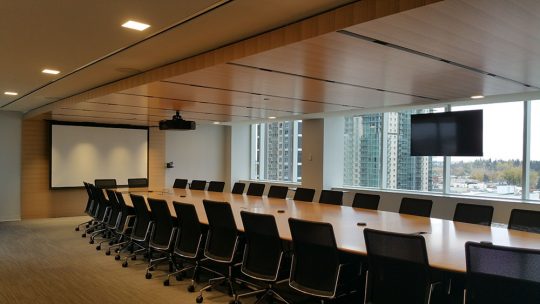