The Chinook Centre Expansion project involved the demolition of two existing street level Enmax vaults to make way for the expansion and re-feeding of the two existing mall electrical rooms, which were affected by the demolition of the Enmax vaults. Temporary Enmax transformers were installed on the roof of the existing mall to accommodate. The new construction consisted of two new parkade levels with escalator and elevator access, and a new Enmax vault within the parkade for the expansion of four electrical rooms which service the common areas and the tenant services.
Three new tenant and landlord communications rooms were provided for distribution of voice, CATV and fiber services to the tenants. The landlord’s communications rooms were provided with fiber connections back to the existing landlord’s central control facility found at the centre south of the existing mall. New CCTV IP cameras,door intrusion monitoring, music and paging systems were provided throughout the new addition and interfaced to a distributed IP network back to the landlord’s central control facility.
Lighting within the mall common areas consisted of metal halide light down and directional fixtures, T8 fluorescent lighting within coves, and a custom made feature lighting in the new centre court. Service corridors and rooms were provided with T8 fluorescent lighting. Adjacent mall connections were provided with new lighting and upgraded to provide a new look between the existing mall and the new addition.
The existing fire alarm system was extended into the new addition by addition four new main nodes to service the new areas and integrating these new nodes into the existing malls fire alarm system forming a true Class A redundant network. The new fire alarm system and the adjacent areas were verified and tested as part of the construction. 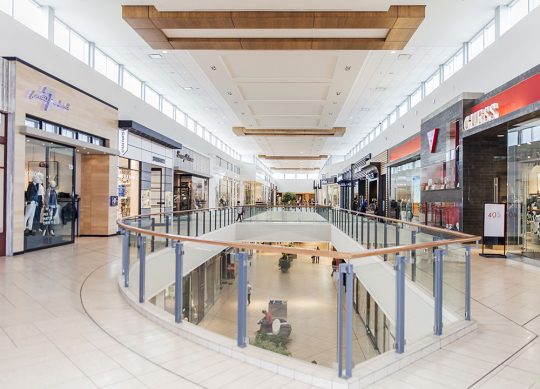 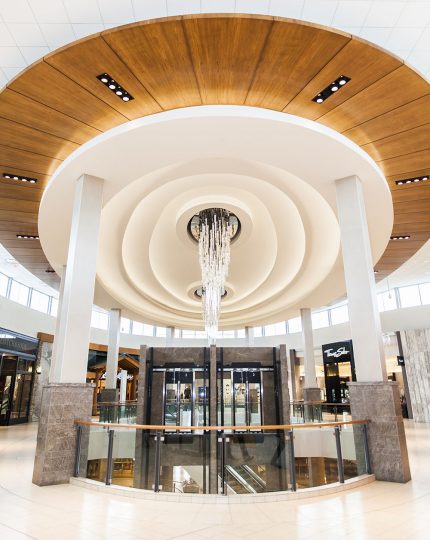 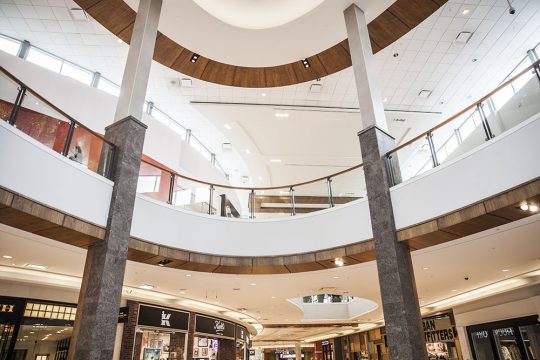 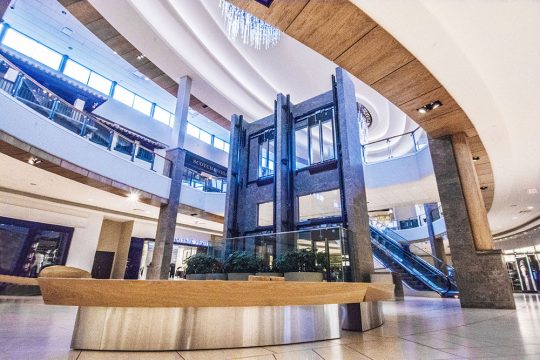 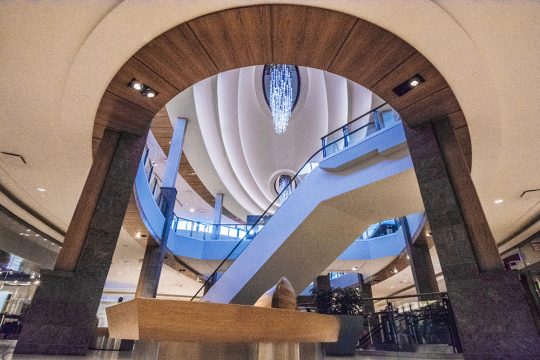